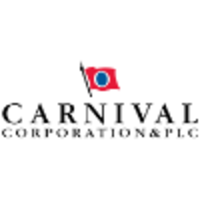 What are the highest paying jobs at Carnival Corporation?

Carnival Corporation was founded as Carnival Cruise Line in 1972. The company grew steadily throughout the 1970s and 1980s, making an initial public offering on the New York Stock Exchange in 1987. The capital generated was used to finance acquisitions. Between 1989 and 1999, the company acquired Holland America Line, Windstar Cruises, Westours, Seabourn Cruise Line, Costa Cruises and Cunard Line. The name Carnival Corporation was adopted in 1993, to distinguish the parent company from its flagship cruise line subsidiary.

Carnival Corporation Job Search in US and Canada

America falls way short, adds fewer jobs than expected in April
Kyle Schnitzer
Everything you need to know about becoming a dermatologist
Ashley Jones
These US cities will pay up to $20,000 for you to relocate—but there’s always a catch
Benjamin Lorber
Ladders / Company / Carnival Corporation