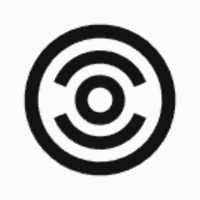 What are the highest paying jobs at Carbyne?

Carbyne is a public safety technology company that has developed a call handling ecosystem, which delivers advanced IP-enabled communication features and caller solutions. Their end-to-end digitized NG911 ecosystem brings all available data sources for emergency services into one response system. It was founded by Amir Elichai in 2014, the inspiration for which came from his personal experience involving 911.

Carbyne has raised $40 million in external funding. Investors in Carbyne include Founders Fund, Elsted Capital Partners, FinTLV and Kraft Group among others.

Carbyne was previously known as Reporty and has raised $40 million funding. In 2015, the company offered services through an app "C-Now". In 2018, the company released the product named "C-Lite" that connects directly to 911 services which lets PSAP's to send links at the time of emergency.

Winbourne Consulting has partnered with Carbyne which will help the users with NG911 solutions at the time of emergency. The emergency calls include live video streaming, location detection, and Voice Over IP information sources.

Carbyne Job Search in US and Canada

Top Jobs at Carbyne by City

Is this the worst job interview question? The internet seems to think so.
CW Headley
These are the 15 highest-paying psychology jobs
Hailey Hudson
6 jobs that prepare you for side hustle success
Kyle Young
Ladders / Company / Carbyne