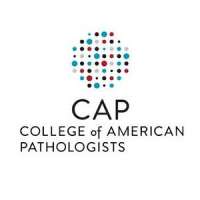 What are the highest paying jobs at College of American Pathologists?

The College of American Pathologists is a member-based physician organization founded in 1946 comprising approximately 18,000 board-certified pathologists. It serves patients, pathologists, and the public by fostering and advocating best practices in pathology and laboratory medicine.

It is the world's largest association composed exclusively of pathologists certified by the American Board of Pathology, and is widely considered the leader in laboratory quality assurance. The CAP is an advocate for high-quality and cost-effective medical care. The CAP currently inspects and accredits medical laboratories under authority from the Centers for Medicare & Medicaid Services. Their standards have been called "the toughest and most exacting in the medical business." The CAP provides resources and guidance to laboratories seeking accreditation in programs for biorepositories, genomics, ISO 15189, and more. In November 2008, Piedmont Medical Laboratory of Winchester, Virginia became the first laboratory in the United States to be officially accredited under ISO 15189.

The CAP provides accreditation and proficiency testing to medical laboratories through its laboratory quality solutions programs. Early versions of proficiency testing—known as surveys—which laboratories use to help test and ensure accuracy, were first initiated in 1949. Laboratories first began receiving CAP accreditation in 1964, and the organization was later given authority to accredit medical laboratories as a result of the Clinical Laboratory Improvement Amendments of 1988.
Total value of jobs:
$90,000
Average Pay:
$90,000
Total Experts:
2
% Masters:
38%

...with College of American Pathologists and 1000s of other companies paying $100K+

8 high paying remote jobs you can get right now (and how to get hired there)
Sara London
7 ways to manage the effects of job search fatigue
Rolf Bax
Have you been the victim of 1 of these 7 cases of wrongful termination?
AnnaMarie Houlis
Ladders / Company / College of American Pathologists