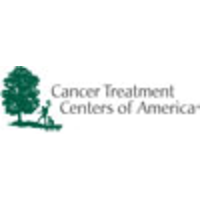 What are the highest paying jobs at Cancer Treatment Centers of America?

Cancer Treatment Centers of America (CTCA), headquartered in Boca Raton, Florida, is a national, for-profit network of five hospitals that serves cancer patients throughout the United States. CTCA follows an integrative approach to cancer care that uses conventional approaches like surgery, chemotherapy, radiation and immunotherapy to treat the cancer, while also offering integrative therapies to help manage side effects like pain, nausea, fatigue, lymphedema, malnutrition, depression and anxiety. CTCA was originally headquartered in Schaumburg, Illinois. In January 2015, the corporate office was moved to Boca Raton, Florida, and was renamed Cancer Treatment Centers of America Global, Inc. CTCA was founded by Richard J. Stephenson after his mother, who had cancer, died. Stephenson was not satisfied with the treatment options which were then available to his mother and opened the first CTCA hospital in 1988. The first hospital to open was CTCA at Midwestern Regional Medical Center (Midwestern) in Zion, Illinois. Four other hospitals opened between 2005 and 2012.

Cancer Treatment Centers of America Job Search in US and Canada