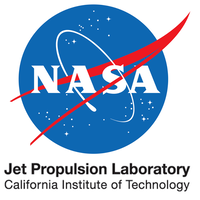 What are the highest paying jobs at California Institute of Technology Jet Propulsion Laboratory?

The Jet Propulsion Laboratory is a federally funded research and development center and NASA field center in the city of La Cañada Flintridge, with a Pasadena mailing address, in California, United States. Founded in the 1930s, JPL is currently owned by NASA and managed by the nearby California Institute of Technology for NASA. The laboratory's primary function is the construction and operation of planetary robotic spacecraft, though it also conducts Earth-orbit and astronomy missions. It is also responsible for operating NASA's Deep Space Network. Among the laboratory's major active projects are the Mars Science Laboratory mission, the Mars Reconnaissance Orbiter, the Juno spacecraft orbiting Jupiter, the NuSTAR X-ray telescope, the SMAP satellite for earth surface soil moisture monitoring, and the Spitzer Space Telescope. It is also responsible for managing the JPL Small-Body Database, and provides physical data and lists of publications for all known small Solar System bodies. JPL's Space Flight Operations Facility and Twenty-Five-Foot Space Simulator are designated National Historic Landmarks.

...with California Institute of Technology Jet Propulsion Laboratory and 1000s of other companies paying $100K+

The 10 industries with the most growth (and how to break into them)
Sarah Dillon
4 ways to use the dead hiring period of December to get ahead
Kaitlyn McInnis
The No.1 sign you’re in a bad place in your job search
Ryan Luke
Ladders / Company / California Institute of Technology Jet Propulsion Laboratory