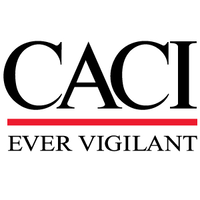 What are the highest paying jobs at CACI International?

CACI International Inc is an American multinational professional services and information technology company headquartered in Arlington, Virginia. CACI provides services to many branches of the US federal government including defense, homeland security, intelligence, and healthcare.

CACI was founded by Herb Karr and Harry Markowitz, who left RAND Corporation in 1962 to commercialize the SIMSCRIPT simulation programming language. The company went public in 1968. "CACI", which was originally an acronym for "California Analysis Center, Incorporated", was changed to stand for "Consolidated Analysis Center, Incorporated" in 1967. In 1973, the acronym alone was adopted as the firm's official name; reflecting the name customers had grown familiar

Their CACI Limited subsidiary was founded in 1975.

On June 9, 2004, a group of 256 Iraqis sued CACI International and Titan Corporation in U.S. federal court regarding CACI's alleged involvement in the Abu Ghraib prison matter.

Details are still, in 2018, under review by authorities.

CACI International Job Search in US and Canada

Everything you need to know about becoming a pathologist
Ashley Jones
Get paid to dream at work: This company will pay you to nap
Sara London
The average salary of a Chipotle general manager is $100K — and they’re hiring
Kyle Schnitzer
Ladders / Company / CACI International