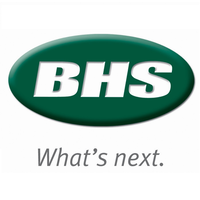 What are the highest paying jobs at BHS?

The company was founded in 1928 by a group of U.S. entrepreneurs, and had a total of 163 stores mainly located in high streets or shopping centres by the time of its closure in 2016, as well as 74 international stores across 18 separate territories.

BHS was previously a constituent of the FTSE 100 Index, but was bought by Sir Philip Green in 2000 and taken private. The company became part of Green's Arcadia Group in 2009. Following a number of loss-making years, the company was sold to the consortium Retail Acquisitions Ltd led by the serial bankrupt Dominic Chappell, in March 2015 for the nominal price of £1.

In April 2016, 13 months after the purchase by Retail Acquisitions, the company entered administration following unsuccessful attempts to continue trading. It was eventually wound down, and all stores were closed by late August 2016 following failed attempts to find a buyer. The overseas franchises and digital business were sold during the administration period to Al Mana Group, who closed down the website in June 2018.
% Masters:
38%