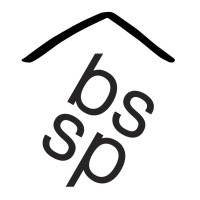 What are the highest paying jobs at BSSP?

In 2003, BSSP acquired SF Interactive. In 2005, they launched Cleaver Content, an in-house studio that the agency leverages to shoot, edit, code, design and produce all forms of content.

As advertising agency for Converse, BSSP created the award-winning "Brand Democracy" campaign - one of the first uses of consumer-generated content as advertising.

In 2006, BSSP took over BMW's MINI Cooper account after Crispin, Porter + Bogusky dropped them for Volkswagen. In 2009, BSSP won a Gold Effie Award for their MINI Clubman advertising campaign.

Is this the worst job interview question? The internet seems to think so.
CW Headley
These are the 15 highest-paying psychology jobs
Hailey Hudson
6 jobs that prepare you for side hustle success
Kyle Young
Ladders / Company / BSSP