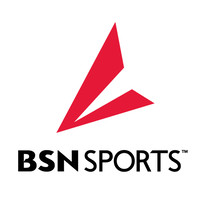 What are the highest paying jobs at BSN Sports?

Varsity Brands, Inc. is an American apparel company owned by Bain Capital. It is primarily focused on academic apparel and memorabilia, with its operations split among three major subsidiaries, including Herff Jones—a manufacturer of products such as class rings, graduation caps and gowns, and yearbooks; Varsity Spirit—which produces apparel and competitions in cheerleading; and BSN Sports, a distributor of sports uniforms and equipment.

In June 2014, it was announced that the company as a whole would operate under the Varsity Brands name in order to reflect a more integrated operation. The company was then sold to the private equity group Charlesbank Capital Partners. In 2018, it was sold to Bain Capital for around $2.5 billion.

BSN Sports Job Search in US and Canada

You have a “great” job offer… now what?
Kayla Duperreault
Do personality tests make it harder to hire the right person?
Sara London
19 examples of STAR interview questions (plus how to answer them using STAR method)
Jennifer Fabiano
Ladders / Company / BSN Sports