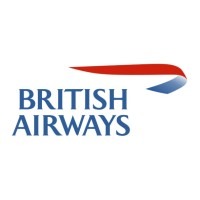 What are the highest paying jobs at British Airways?

British Airways is the flag carrier airline of the United Kingdom. It is headquartered in London, England, near its main hub at Heathrow Airport.

The airline is the second largest UK based carrier, based on fleet size and passengers carried, behind easyJet. In January 2011 BA merged with Iberia, creating the International Airlines Group, a holding company registered in Madrid, Spain. IAG is the world's third-largest airline group in terms of annual revenue and the second-largest in Europe. It is listed on the London Stock Exchange and in the FTSE 100 Index. British Airways is the first passenger airline to have generated more than $1 billion on a single air route in a year.

BA was created in 1974 after a British Airways Board was established by the British government to manage the two nationalised airline corporations, British Overseas Airways Corporation and British European Airways, and two regional airlines, Cambrian Airways and Northeast Airlines. On 31 March 1974, all four companies were merged to form British Airways. However, it marked 2019 as its centenary based on predecessor companies. After almost 13 years as a state company, BA was privatised in February 1987 as part of a wider privatisation plan by the Conservative government. The carrier expanded with the acquisition of British Caledonian in 1987, Dan-Air in 1992, and British Midland International in 2012. Its pre-eminence highlights the reach of the country's influence as many of its destinations in several regions were historically part of the British Empire.

Have you been the victim of 1 of these 7 cases of wrongful termination?
AnnaMarie Houlis
The job market is looking shockingly good for the Class of 2021
CW Headley
These are the 50 best companies in the world to work for right now
Kyle Schnitzer
Ladders / Company / British Airways