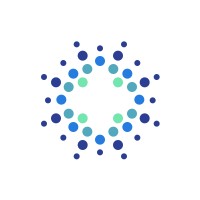 What are the highest paying jobs at Bright Health?

Bright Health is an American health insurance company based in Minneapolis, Minnesota.

The company was founded by Bob Sheehy, the former CEO of United Healthcare, with partners Kyle Rolfing, Tom Valdivia and seed investor Flare Capital Partners, upon raising $81.5 million in venture capital in 2016. The company said it would focus on "consumer-centric" technology, facilitating patient experiences through digital interfaces. Bright Health is based in Minneapolis. It first began offering plans in the State of Colorado in a partnership with Centura Health after several large insurers announced they would be pulling out of the state.

In 2017 Bright Health acquired the marketing firm Spyder Trap, and its founder became Bright Health's Chief Technology Officer. In June 2017, the company raised an additional $160 million in Series B funding. In September 2017, Forbes included Bright Health on a list of 25 "next billion-dollar startups". The company aligned with Mercy Health, the largest hospital system in Ohio, in July 2018 and partnered with Mount Sinai in New York to offer Medicare Advantage plans the next month. Bright Health closed a $200 million Series C financing round in November 2018, bringing the total raised to more than $440 million. It next began offering plans in the State of Arizona, before setting plans to sell in Alabama in 2018, partnering with Arizona Care Network in Phoenix and Brookwood Baptist Health in Birmingham.

These are the 10 best jobs if you want to retire early
Ashley Jones
How to quit your job (even if you just started)
Lani Assaf
What jobs can you get with a business degree?
Kattie Thorndyke
Ladders / Company / Bright Health