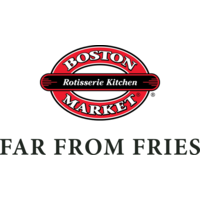 What are the highest paying jobs at Boston Market?

Boston Market Corporation, known as Boston Chicken until 1995, is an American fast casual restaurant chain headquartered in Golden, Colorado. It is owned by the Rohan Group.

Boston Market has its greatest presence in the Northeastern and Midwestern United States, but also has a large presence in California, Florida, and Texas. As of November 2020, the chain has approximately 346 company-owned restaurant locations in 28 states, Puerto Rico, and Ramstein-Miesenbach, with 14,000 employees. In the early 2000s, Boston Market operated two locations in Toronto, Ontario. In early 2002, Boston Market entered the Australian market, opening nine stores in the Sydney metropolitan area by 2004, before converting some stores to McDonald's and quietly exiting the Australian market later that year due to competitive pressures. In June 2016, Boston Market IP Company, Ltd., an affiliate of Boston Market Corporation, signed an area development agreement with Al-Ghunaim Trading Co. Ltd. that will open dozens of Boston Market restaurants in the Middle East.