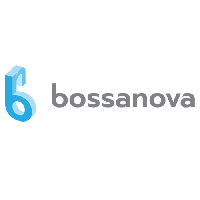 What are the highest paying jobs at Bossa Nova Robotics?

Bossa Nova Robotics is a startup robotics company that manufactures inventory control robots for use in retail stores. They are best known for a failed attempt in supplying these robots to Walmart stores, in their effort to better compete with Amazon.

Their Auto-S line of robots scans store shelves by beaming light on them and snapping photos using 2D and 3D cameras, as well as utilizing lidar to navigate and detect if anything is stocked in a shelf. From this it can detect out-of-stock items, incorrect prices, and other irregularities. Walmart’s decision to change course with Bossa Nova shows how companies need to evaluate how robots may or may not work well in less-structured settings.

Bossa Nova was founded in 2005 by students attending Carnegie Mellon University, spinning out from their Robotics Institute. They began creating robotic toys, such as a robotic penguin and a programmable gorilla, though they did not see much success on the market. In 2012, Bossa Nova unveiled a ballbot named mObi, which featured a tablet screen on the top and was to act as a personal assistant.

Bossa Nova began working with Walmart to build their retail robots in 2014, though they did not have a finished version of the product until 2017, when Walmart began testing them in 50 stores. Other, smaller stores also began to test out the product, and Walmart rolled out an additional 300 robots in 2019. Walmart ended its contract with Bossa Nova in late 2020, causing more than 61 workers to lose their jobs.

Bossa Nova Robotics Job Search in US and Canada

8 high paying remote jobs you can get right now (and how to get hired there)
Sara London
7 ways to manage the effects of job search fatigue
Rolf Bax
Have you been the victim of 1 of these 7 cases of wrongful termination?
AnnaMarie Houlis
Ladders / Company / Bossa Nova Robotics