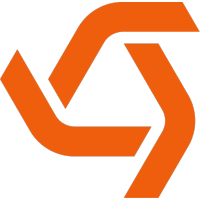 What are the highest paying jobs at BoomTown?

Boomtown, Inc. was an American gaming company founded in 1988 and was based in Verdi, Nevada and was the headquarters of Boomtown Reno. It was acquired on July 1, 1997 by Hollywood Park, Inc. for $188 million.

The company agreed on January 19, 1995 to buy National Gaming for $500 million, to be partly financed by Hospitality Franchise Systems, which had spun off National months earlier. Boomtown cancelled the deal on April 4, 1995 because of shareholder objections.

BoomTown Job Search in US and Canada

Top Jobs at BoomTown by City

America falls way short, adds fewer jobs than expected in April
Kyle Schnitzer
Everything you need to know about becoming a dermatologist
Ashley Jones
These US cities will pay up to $20,000 for you to relocate—but there’s always a catch
Benjamin Lorber
Ladders / Company / BoomTown