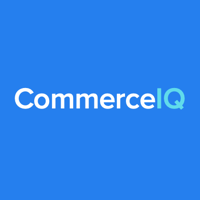 What are the highest paying jobs at Boomerang Commerce?

A World Record achievement was made on 3 June 2007 by Tim Lendrum in Aussie Round. Lendrum scored 96 out of 100, giving him a National Record as well as an equal World Record throwing an "AYR" made by expert boomerang maker Adam Carroll.

The team competitions of 2012 and 2014 were won by Boomergang. World champions were Germany in 2012 and Japan in 2014 for the first time. Boomergang was formed by individuals from several countries, including the Colombian Alejandro Palacio. In 2016 USA became team world champion.

Modern boomerang tournaments usually involve some or all of the events listed below In all disciplines the boomerang must travel at least 20 metres from the thrower. Throwing takes place individually. The thrower stands at the centre of concentric rings marked on an open field.

Non-discipline record: Smallest Returning Boomerang: Sadir Kattan of Australia in 1997 with 48 millimetres long and 46 millimetres wide. This tiny boomerang flew the required 20 metres, before returning to the accuracy circles on 22 March 1997 at the Australian National Championships.

Boomerang Commerce Job Search in US and Canada

America falls way short, adds fewer jobs than expected in April
Kyle Schnitzer
Everything you need to know about becoming a dermatologist
Ashley Jones
These US cities will pay up to $20,000 for you to relocate—but there’s always a catch
Benjamin Lorber
Ladders / Company / Boomerang Commerce