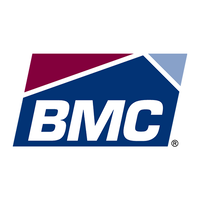 What are the highest paying jobs at BMC Stock Holdings, Inc.?

Building Materials and Construction Solutions is an American construction supply company with corporate headquarters in Raleigh, North Carolina. The company operates principally in the South and West regions of the United States and has in excess of 9,000 employees. In 2021, the company merged with Builders FirstSource in an all-stock deal.

Ready-Frame was launched in 2006, and was known as the Optimized Wall Division. After the bankruptcy, it was renamed to Ready-Frame in 2013.

This service provides professional builders with computerized pre-cut framing lumber for constructing roof and floor trusses. The online business, BuildwithBMC.com, was launched in 2015 and carries over 40,000 items.

On August 28, 2018 It was announced that BMC Stock Holdings would move its headquarters from Atlanta to Raleigh, North Carolina effective September 30, 2018. The move came 3 years after it merged with STOCK building Supply in 2015,.

The firm operates in 18 states spanning from the Pacific Northwest to the Mid-Atlantic coast with locations in 45 metropolitan areas.