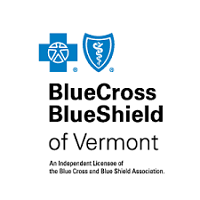 What are the highest paying jobs at Blue Cross and Blue Shield of Vermont?

In the healthcare insurance industry, the organization is known as "The Association" and has two offices: in Chicago and Washington, D.C. The main office is in Chicago in the Illinois Center at 225 North Michigan Avenue. The BCBSA claims to control access to the Blue Cross and Blue Shield trademarks and names across the United States and in more than 170 other countries, which it then licenses to the affiliated companies for specific, exclusive geographic service areas. It has affiliated plans in all 50 states, the District of Columbia, and Puerto Rico, as well as licensees offering plans in several foreign countries; it also operates a nationwide health insurance program for employees of the United States federal government. The BCBSA manages communications between its members and the operating policies required to be a licensee of the trademarks. This permits each BCBSA company to offer nationwide insurance coverage even though it operates only in its designated service area.
Total Experts:
2
% Masters:
39%

...with Blue Cross and Blue Shield of Vermont and 1000s of other companies paying $100K+

Top Experts at Blue Cross and Blue Shield of Vermont