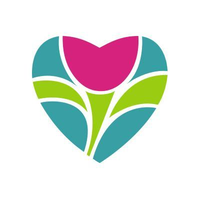 What are the highest paying jobs at BloomNation?

BloomNation is an American online floral marketplace with about 3,500 florists delivering to nearly 5,000 cities across the country. As an “Etsy-type” site for flowers, customers connect directly with local florists whose flower arrangements are highlighted in the marketplace. The florists upload their own real photos of their floral design as no stock catalog images are allowed. In the marketplace, customers can browse flower arrangements and reviews from participating florists all in one place.

BloomNation is headquartered in Los Angeles, California and was founded by David Daneshgar, Farbod Shoraka and Gregg Weisstein in 2011. The original concept of a marketplace for florists was developed by Farbod after hearing the struggles of his aunt, who is a local florist. The business plan was developed at the University of Chicago, Booth School of Business where Daneshgar, Shoraka, and Weisstein won the university’s New Venture Challenge. Initial seed funding was obtained when Daneshgar, a former World Series of Poker champion, won a two-day poker tournament in Los Angeles. This gave the company enough funding to create a beta version of the marketplace and establish proof of concept.

BloomNation was the first national floral website to accept bitcoin. They even offer customers a "BloomSnap", a feature where the florist sends the customer a photo of the completed arrangement before it goes out for delivery.

BloomNation Job Search in US and Canada

Top Jobs at BloomNation by City