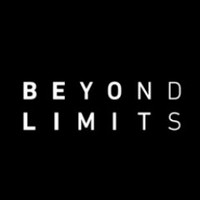 What are the highest paying jobs at Beyond Limits?

BLK is an Australian sporting goods manufacturing company which was established in 1999 in the city of Gold Coast in Queensland.

The overall but now heavily transitioned company has origins as far back as 1999, but evolved from the Australian arm of the brand KooGa. Australian founder Kim Brant began to re-brand KooGa Australia to "BLK" in 2011. BLK has a network of suppliers in France; Ireland; Japan;New Zealand; South Africa; United Kingdom, United Arab Emirates and the United States. BLK's headquarters in the Gold Coast features its own fully operational warehouse while they also have production facilities in Fiji and China.

The parent company of BLK, World Rugby Specialists, was placed into external receivership in November 2016. In January 2017, BLK was acquired by a consortium of Fijian and East Timor investors, amid BLK's financial issues.

Top Experts at Beyond Limits

High-Paying Jobs at Beyond Limits

Beyond Limits Job Search in US and Canada

Top Jobs at Beyond Limits by City