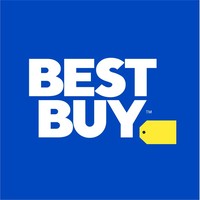 What are the highest paying jobs at Best Buy Co, Inc?

Best Buy Co., Inc. is an American multinational consumer electronics retailer headquartered in Richfield, Minnesota. Originally founded by Richard M. Schulze and James Wheeler in 1966 as an audio specialty store called Sound of Music, it was rebranded under its current name with an emphasis on consumer electronics in 1983.

Best Buy was named "Company of the Year" by Forbes magazine in 2004, "Specialty Retailer of the Decade" by Discount Store News in 2001, ranked in the Top 10 of "America's Most Generous Corporations" by Forbes in 2005, made Fortune magazine's list of "Most Admired Companies" in 2006, and "The Most Sustainable Company in the United States" by Barron's in 2019. Hubert Joly is executive chairman of Best Buy, having been succeeded as CEO by Corie Barry in June 2019. According to Yahoo! Finance, Best Buy is the largest specialty retailer in the United States consumer electronics retail industry. The company ranked number 72 in the 2018 Fortune 500 list of the largest United States corporations by total revenue.

Best Buy Co, Inc Job Search in US and Canada

19 examples of STAR interview questions (plus how to answer them using STAR method)
Jennifer Fabiano
Is this the worst job interview question? The internet seems to think so.
CW Headley
These are the 15 highest-paying psychology jobs
Hailey Hudson
Ladders / Company / Best Buy Co, Inc