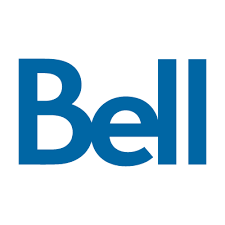 What are the highest paying jobs at Bell Canada Enterprises?

Bell Canada is a Canadian telecommunications company headquartered at 1 Carrefour Alexander-Graham-Bell in the borough of Verdun in Montreal, Quebec, Canada. It is an ILEC in the provinces of Ontario and Quebec; as such, it was a founding member of the Stentor Alliance. It is also a CLEC for enterprise customers in the western provinces.

Bell Canada's principal competitors are Rogers Communications in Ontario, Telus and Shaw Communications in Western Canada, and Quebecor and Telus in Quebec. The company serves over 13 million phone lines and is headquartered at the Campus Bell complex in the borough of Verdun in Montreal.

Bell Canada Enterprises•Kanata, ON K2M 0A3

Bell Canada Enterprises Job Search in US and Canada

These are the 15 highest-paying psychology jobs
Hailey Hudson
6 jobs that prepare you for side hustle success
Kyle Young
This is what work will look like in 2030, and it isn’t pretty
Kyle Schnitzer
Ladders / Company / Bell Canada Enterprises