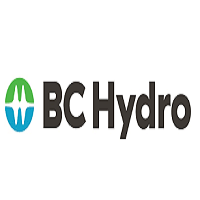 What are the highest paying jobs at BC Hydro?

The BC Hydro and Power Authority is a Canadian electric utility in the province of British Columbia, generally known simply as BC Hydro. It is the main electricity distributor, serving 1.8 million customers in most areas, with the exception of the City of New Westminster, where the city runs its own electrical department and the Kootenay region, where FortisBC, a subsidiary of Fortis Inc. directly provides electric service to 213,000 customers and supplies municipally owned utilities in the same area. As a provincial Crown corporation, BC Hydro reports to the BC Ministry of Energy, Mines and Low Carbon Innovation, and is regulated by the British Columbia Utilities Commission. Its mandate is to generate, purchase, distribute and sell electricity.

BC Hydro operates 32 hydroelectric facilities and three natural gas-fueled thermal power plants. As of 2014, 95 per cent of the province's electricity was produced by hydroelectric generating stations, which consist mostly of large hydroelectric dams on the Columbia and Peace Rivers. BC Hydro's various facilities generate between 43,000 and 54,000 gigawatt hours of electricity annually, depending on prevailing water levels. BC Hydro's nameplate capacity is about 11,000 megawatts.

Top Experts at BC Hydro

High-Paying Jobs at BC Hydro

BC Hydro Job Search in US and Canada

Top Jobs at BC Hydro by City