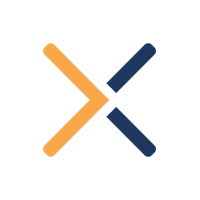 What are the highest paying jobs at Axos Financial, Inc.?

Axos Financial is a bank holding company based in San Diego, California and is the parent of Axos Bank, a direct bank.

Axos Bank has deposit and loan customers nationwide including consumer and business checking, savings and time deposit accounts and financing for single family and multifamily residential properties, small-to-medium size businesses in target sectors, and selected specialty finance receivables. The bank has made larger loans to wealthy individuals that other banks have turned down, albeit at higher interest rates.

The company was founded by Jerry Englert and Gary Evans Lewis with $14 million of startup capital. It was incorporated in Delaware in 1999 as BofI Holding, Inc and began operations as Bank of Internet on July 4, 2000. The start date of July 4 was purposely chosen because it showed that the bank would be open on a day that other banks were closed due to Independence Day.

Axos Financial, Inc. Job Search in US and Canada

19 examples of STAR interview questions (plus how to answer them using STAR method)
Jennifer Fabiano
Is this the worst job interview question? The internet seems to think so.
CW Headley
These are the 15 highest-paying psychology jobs
Hailey Hudson
Ladders / Company / Axos Financial, Inc.