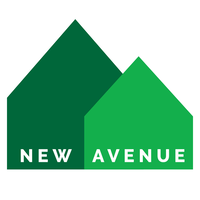 What are the highest paying jobs at Avenue Inc?

Avenue Stores LLC is a specialty retailer in the United States offering plus-size clothing to women who wear larger-size clothing. The company serves a target audience of women aged between 25 and 55 years of age, wearing apparel of size 14 or larger. The group operated 222 stores in 33 states in 2019, all under the name The Avenue.

The company was purchased by Redcats USA, part of the French group Kering, in November 2007.

On August 9, 2019, Avenue Stores again filed for Chapter 11 bankruptcy. The case was filed in Delaware as case number 19-11842. According to an affidavit filed by David Rhoads, the company's President and Chief Financial Officer, the company struggled to compete. It planned to use the bankruptcy process to sell its e-commerce business and wind down its physical stores. The e-commerce business maintains the domains: avenue.com and loralette.com SB360 Capital Partners, LLC has been identified as the stalking horse bidder.

In October 2019, the e-commerce assets were sold to Australian retailer City Chic Collective.