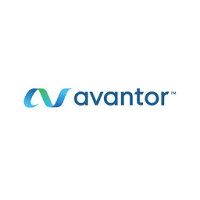 What are the highest paying jobs at Avantor Performance Material?

VWR International is an American company involved in the distribution of research laboratory products, with

over 1,200,000 items to more than 250,000 customers in North America and Europe. The U.S. division is headquartered in Radnor, Pennsylvania. VWR ranked #91 in 2006, and #77 in 2005, in Forbes list of largest American private companies. Suppliers include Applied Scientific, 3B Scientific Duracell, Kimberly-Clark, Bel-Art Products, and Welch Allyn. VWR primarily serves the government, biotechnology, life science, education, electronics and pharmaceutical sectors. In 2010, the company maintained operations in 25 countries and processed approximately 50,000 order lines daily from a logistical network, which includes 25 strategically located distribution centers.

VWR was founded by John Taylor as the John Taylor Company in 1852, selling mining and laboratory products. Since then, the company evolved to focus on the laboratory market. It also has a presence in the cleanroom, safety, and clinical markets.

Avantor Performance Material•Sidney, BC V8L 0A1

Avantor Performance Material Job Search in US and Canada

Is this the worst job interview question? The internet seems to think so.
CW Headley
These are the 15 highest-paying psychology jobs
Hailey Hudson
6 jobs that prepare you for side hustle success
Kyle Young
Ladders / Company / Avantor Performance Material