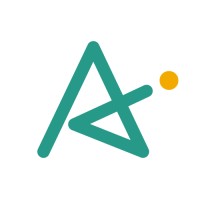 What are the highest paying jobs at Adverum Biotechnologies, Inc?

In 2015, co-founder Tom Chalberg stepped down as CEO following Phase IIa trial results that were labeled as "iffy".

In May 2018, CEO Amber Salzman left Adverum, and Chief Medical Officer Athena Countouriotis resigned after less than one year in the job. Leone Patterson was named the new CEO of Adverum.

In September 2019, Adverum announced six month data from the first cohort of its phase I trial. The stock price dropped 50% due to investor concerns over deterioration of vision that these trial subjects suffered, as well as several reports of occular inflammation.

In June 2020, Laurent Fischer replaced Patterson as CEO of Adverum.

Adverum Biotechnologies, Inc Job Search in US and Canada

6 jobs that prepare you for side hustle success
Kyle Young
This is what work will look like in 2030, and it isn’t pretty
Kyle Schnitzer
The 7 highest-paying entry-level jobs
Hailey Hudson
Ladders / Company / Adverum Biotechnologies, Inc