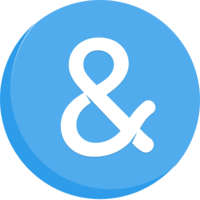 What are the highest paying jobs at Ava Accessibility?

The device tracks women’s cycles by measuring the wearer’s temperature, heart rate, perfusion, breathing rate, and heart rate variability. Data collected from the bracelet is displayed on an app, and intended to help women manage their reproductive health including conceiving and general health tracking during pregnancy.

The company was founded in Zurich, Switzerland by Lea Von Bidder, Pascal Koenig, Philipp Tholen, and Peter Stein. In September 2015, the company took part in TechCrunch’s Startup Battlefield. In November 2015, Ava raised a $2.6 million funding round led by Swisscom and ZKB. The company began shipping the Ava bracelet to customers in July 2016.

In 2018, co-founder Lea von Bidder stated that at least 1,000 women had given birth after using the Ava bracelet since 2016.

In 2019, actress Claire Holt became a brand ambassador for the company.

Ava Accessibility Job Search in US and Canada