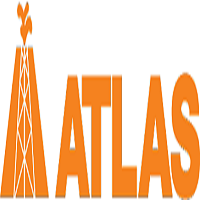 What are the highest paying jobs at Atlas Oil Company?

The Atlas Corporation is an American investment firm that was formed in 1928. Atlas invested in and managed a number of major US companies during the 20th century and has number of investments in natural resources.

Atlas corporation was formed in 1928, in a merger of the United Corporation, an investment firm started in 1923 with $40,000, with Atlas Utilities and Investors Ltd. The corporation specialized in capital formation and management. In 1929, Atlas was a $12,550,000 investment trust. The company was able to shrewdly weather the Wall Street Crash of 1929, and continue to grow through the 1930s and 1940s. The corporation was founded by Floyd Odlum and his brother-in-law Boyd Hatch.

Atlas Oil Company Job Search in US and Canada

8 high paying remote jobs you can get right now (and how to get hired there)
Sara London
7 ways to manage the effects of job search fatigue
Rolf Bax
Have you been the victim of 1 of these 7 cases of wrongful termination?
AnnaMarie Houlis
Ladders / Company / Atlas Oil Company