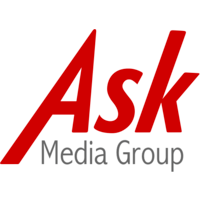 What are the highest paying jobs at Ask Media Group?

Ask.com is a question answering–focused e-business founded in 1996 by Garrett Gruener and David Warthen in Berkeley, California.

The original software was implemented by Gary Chevsky, from his own design. Warthen, Chevsky, Justin Grant, and others built the early AskJeeves.com website around that core engine. In 2006, the "Jeeves" name was dropped and they refocused on the search engine, which had its own algorithm. In late 2010, facing insurmountable competition from more popular search engines like Google, the company outsourced its web search technology and returned to its roots as a question and answer site. Douglas Leeds was elevated from president to CEO in 2010.

You have a “great” job offer… now what?
Kayla Duperreault
Do personality tests make it harder to hire the right person?
Sara London
19 examples of STAR interview questions (plus how to answer them using STAR method)
Jennifer Fabiano
Ladders / Company / Ask Media Group