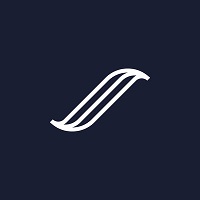 What are the highest paying jobs at Arterys?

Arteris, Inc. is a multinational technology firm that develops the on-chip interconnect fabric technology used in System-on-Chip semiconductor designs for a variety of devices, particularly in mobile and consumer markets. The company specializes in the development and distribution of Network-on-Chip interconnect Intellectual Property solutions. It is best known for its flagship product, Arteris FlexNoC, which is used in more than 60 percent of mobile and wireless SoC designs.

Arteris, Inc. is headquartered in Campbell, California. K. Charles Janac is the company’s President and CEO.

In 2012, the Silicon Valley San Jose Business Journal ranked Arteris as the 4th fastest-growing private company in Silicon Valley. Arteris has also been in the Inc. 500 list of America’s fastest growing companies for two years running.

Arterys Job Search in US and Canada

Top Jobs at Arterys by City