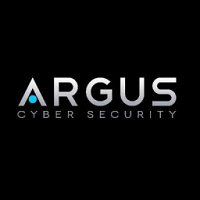 What are the highest paying jobs at Argus Cyber Security?

It was purchased by Continental AG in 2017, for $430 million. In October 2017, Argus added a solution to enable OEMs to deliver over-the-air vehicle software updates.

The Israeli startup is headquartered in Tel Aviv, has a team of more than 200 people and offices in Detroit, Silicon Valley, Stuttgart and Tokyo. The company has dozens of pending and granted patents and was identified as a Top 25 Technology Company To Watch by The Wall Street Journal.

As a result of an acquisition in November 2017, Argus Cyber Security will be part of Germany's Continental's subsidiary Elektrobit.

In December 2020, Argus Co-Founder Ofer Ben-Noon stepped down from his position as CEO and was replaced by Ronen Smoly, previously Argus VP Sales.

Argus Cyber Security Job Search in US and Canada

Is this the worst job interview question? The internet seems to think so.
CW Headley
These are the 15 highest-paying psychology jobs
Hailey Hudson
6 jobs that prepare you for side hustle success
Kyle Young
Ladders / Company / Argus Cyber Security