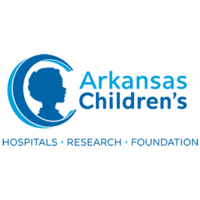 What are the highest paying jobs at Arkansas Childrens Hospital?

Arkansas Children's Hospital is a pediatric hospital with a Level I trauma center in Little Rock, Arkansas. It is among the largest in the United States, serving infants, children, teens, and young adults from birth to age 21. ACH is affiliated with the University of Arkansas for Medical Sciences and serves as a teaching hospital with the UAMS College of Medicine's Department of Pediatrics. ACH staff consists of more than 505 physicians, 200 residents, and 4,400 support staff. The hospital includes 336 licensed beds, and offers three intensive care units. The campus spans 36 city blocks and has a floor space of over 1,200,000 square feet.

Arkansas Children's has built a 233,613-square foot hospital in Springdale. Arkansas Children's Northwest will serve the 200,000 children who live in that 11-county area. The facility opened in February 2018. Wal-Mart and the Wal-Mart Foundation have invested $8 million in the project, while J.B. Hunt has given $5 million toward the construction.

First Lady of Arkansas Hillary Clinton served on the board of the Arkansas Children's Hospital Legal Services from 1988 to 1992.

Arkansas Childrens Hospital Job Search in US and Canada

8 high paying remote jobs you can get right now (and how to get hired there)
Sara London
7 ways to manage the effects of job search fatigue
Rolf Bax
Have you been the victim of 1 of these 7 cases of wrongful termination?
AnnaMarie Houlis
Ladders / Company / Arkansas Childrens Hospital