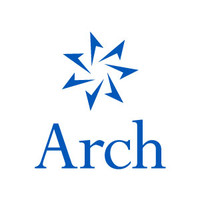 What are the highest paying jobs at Arch Insurance Group Inc?

Arch Capital Group Ltd. is a Bermuda-based public limited liability company which writes insurance, reinsurance and mortgage insurance on a worldwide basis, with a focus on specialty lines, the segment of the insurance industry where the more difficult and unusual risks are written. It has operations in Bermuda, the United States, Canada, Europe, and Australia and, in the case of mortgage insurance, Hong Kong.

Risk Capital Holdings, Inc. was formed in Delaware in March 1995 and commenced operations in September 1995, after an initial public offering.

Arch Insurance Group Inc Job Search in US and Canada

Everything you need to know about becoming a dermatologist
Ashley Jones
These US cities will pay up to $20,000 for you to relocate—but there’s always a catch
Benjamin Lorber
A guide to using social media to your advantage when job hunting
Sarah Dillon
Ladders / Company / Arch Insurance Group Inc