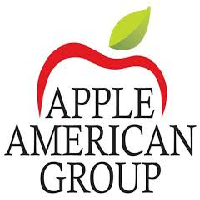 What are the highest paying jobs at Apple American Group LLC?

Apple Inc. is an American multinational technology company headquartered in Cupertino, California, that designs, develops, and sells consumer electronics, computer software, and online services. It is considered one of the Big Five companies in the U.S. information technology industry, along with Amazon, Google, Microsoft, and Facebook. As well as being one of the most popular smartphone companies in the world, along with Samsung Electronics, and Xiaomi. And it is also the most popular tablet company in the world.

Apple was founded by Steve Jobs, Steve Wozniak, and Ronald Wayne in April 1976 to develop and sell Wozniak's Apple I personal computer, though Wayne sold his share back to Jobs and Wozniak within 12 days. It was incorporated as Apple Computer, Inc., in January 1977, and sales of its computers, including the Apple II, grew quickly.

Jobs and Wozniak hired a staff of computer designers and had a production line starting in Jobs' garage. Apple went public in 1980 to instant financial success. Over the next few years, Apple shipped new computers featuring innovative graphical user interfaces, such as the original Macintosh in 1984, and Apple's marketing advertisements for its products received widespread critical acclaim. However, the high price of its products and limited application library caused problems, as did power struggles between executives. In 1985, Wozniak departed Apple amicably and remained an honorary employee, while Jobs resigned to found NeXT, taking some Apple co-workers with him.
Total value of jobs:
$650,000
Average Pay:
$81,250
% Masters:
11%