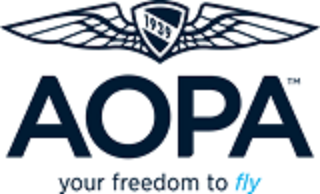 What are the highest paying jobs at Aircraft Owners and Pilots Association?

The Aircraft Owners and Pilots Association is a Frederick, Maryland-based American non-profit political organization that advocates for general aviation.

The organization started at Wings Field in Blue Bell, Pennsylvania. On 24 April 1932, The Philadelphia Aviation Country Club was founded at Wings Field. The country club was the location of meetings of members that founded AOPA. AOPA incorporated on May 15, 1939, with C. Towsend Ludington serving as the first president, AOPA's membership consists mainly of general aviation pilots in the United States. AOPA exists to serve the interests of its members as aircraft owners and pilots, and to promote the economy, safety, utility, and popularity of flight in general aviation aircraft. In 1971 the organization purchased Airport World Magazine, moving its operations to Bethesda, Maryland.

With 384,915 members in 2012, AOPA is the largest aviation association in the world, although since 2010 it has decreased in membership from 414,224, a loss of 7% in two years. AOPA is affiliated with other similar organizations in other countries through membership in the International Council of Aircraft Owner and Pilot Associations. In 2015, AOPA was inducted into the International Air & Space Hall of Fame at the San Diego Air & Space Museum.

America falls way short, adds fewer jobs than expected in April
Kyle Schnitzer
Everything you need to know about becoming a dermatologist
Ashley Jones
These US cities will pay up to $20,000 for you to relocate—but there’s always a catch
Benjamin Lorber
Ladders / Company / Aircraft Owners and Pilots Association