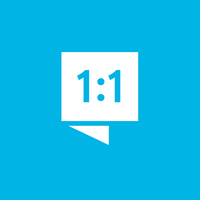 What are the highest paying jobs at Answers in Genesis?

Answers in Genesis is an American fundamentalist Christian apologetics parachurch organization. It advocates Young Earth creationism on the basis of its literal, historical-grammatical interpretation of the Book of Genesis and the Bible as a whole. Out of belief in biblical inerrancy, it rejects the results of those scientific investigations that contradict their view of the Genesis creation narrative and instead supports pseudoscientific creation science. The organization sees evolution as incompatible with the Bible and believes anything other than the young Earth view is a compromise on the principle of biblical inerrancy.

AiG began as the Creation Science Foundation in 1980, following the merger of two Australian creationist groups. Its name changed to Answers in Genesis in 1994, when Ken Ham founded its United States branch. In 2006, the branches in Australia, Canada, New Zealand, and South Africa split from the US and UK to form Creation Ministries International. In 2007, AiG opened the Creation Museum, a facility that promotes young-Earth creationism, and in 2016 the organization opened the Ark Encounter, a Noah's Ark–themed amusement park. AiG also publishes websites, magazines, and journals, and its employees have published books.
Total value of jobs:
$555,000
Total Jobs:
5
Average Pay:
$111,000
% Masters:
22%

High-Paying Jobs at Answers in Genesis

Answers in Genesis Job Search in US and Canada

Top Jobs at Answers in Genesis by City