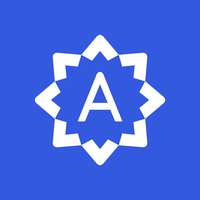 What are the highest paying jobs at Andela?

Andela is an American company with operational campuses in Africa including Nigeria, Ghana & Kenya that identifies and develops software developers. The company launched operations in Nigeria in 2014, to help global companies overcome the severe shortage of skilled software developers and has offices in Kenya, Rwanda, Uganda and the United States.

Andela was founded in 2014 by four professionals who were working in the online education and recruitment business. The founders, Ian Carnevale, Iyinoluwa Aboyeji, Jeremy Johnson, and Christina Sass, started Andela as a training company to match developers in emerging markets now known as technology hubs with North American companies. In June 2016, the company received funding from the Chan Zuckerberg Initiative. In 2017, Andela raised $40 million in Series C funding. The investment came from CRE Venture Capital, DBL Partners, Amplo, Salesforce Ventures and TLcom Capital, becoming one of the most highly funded African companies not based in Africa.

In January 2019 Andela raised $100 million in the next round of funding.

On 17th September 2019, Andela announced the departure of nearly 250 junior developers and staff from its Nigeria and Uganda offices, with another 170 potentially impacted in Kenya. The move came in as the company looked to restructure its talent pool to more closely align with global market demand.

Andela Job Search in US and Canada

Top Jobs at Andela by City

19 examples of STAR interview questions (plus how to answer them using STAR method)
Jennifer Fabiano
Is this the worst job interview question? The internet seems to think so.
CW Headley
These are the 15 highest-paying psychology jobs
Hailey Hudson
Ladders / Company / Andela