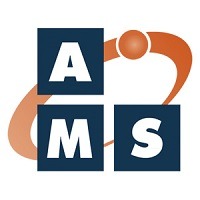 What are the highest paying jobs at AMS Corporation?

ams AG, formerly known as austriamicrosystems AG, AMS, is a designer and manufacturer of sensors and sensing solutions headquartered in Premstätten, Austria. In 2019, the company’s revenue surpassed $2 billion USD. The company employs around 8,500 people globally and holds over 3,000 patents. ams headquarters is located on the grounds of an old Austrian castle and it also has a strong manufacturing base in Singapore and Philippines.

ams headquarters is located on the grounds of an old Austrian castle. The company is listed on the SIX Swiss Exchange.

In 2020, ams became the majority shareholder of OSRAM Licht AG as part of the ongoing acquisition of the company. The goal of the combined company is to become a global leader in sensor solutions and photonics.

On March 3, 2021, ams AG announced that the Domination and Profit and Loss Transfer Agreement between ams Offer GmbH, a wholly owned subsidiary of ams AG, the parent company of ams Group, and OSRAM Licht AG became effective on that day. Operating as one company, and with over 110 years of combined history and more than 15,000 granted and applied patents, the ams Group is firmly focused on creating optical solutions for the future. Headquartered in Premstätten with a co-headquarter in Munich, the company serves customers in the consumer, automotive, healthcare and industrial technology sectors.

Have you been the victim of 1 of these 7 cases of wrongful termination?
AnnaMarie Houlis
The job market is looking shockingly good for the Class of 2021
CW Headley
These are the 50 best companies in the world to work for right now
Kyle Schnitzer
Ladders / Company / AMS Corporation