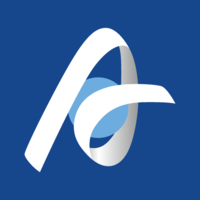 What are the highest paying jobs at Amicus Therapeutics?

Amicus Therapeutics is a public American biopharmaceutical company based in Philadelphia, PA. The company went public in 2007 under the NASDAQ trading symbol FOLD. This followed a 2006 planned offering and subsequent withdrawal, which would have established the trading symbol as AMTX Prior to their IPO, Amicus was funded by a variety of venture capital firms including Radius Ventures, Canaan Partners and New Enterprise Associates.

The therapeutic focus of Amicus is on rare and orphan diseases, particularly disorders collectively called lysosomal storage disorders.:2 The company has focused on pharmacological chaperones and enzyme replacement therapy.:2,18:95

In 2008, the company expanded from its single site in New Jersey to a second research site in San Diego.

In late 2009, the company faced a major financial setback with the termination of a multi-year collaboration agreement with Shire for its lead compound, migalastat, and two other products.:24 Amicus cut 20% of its workforce.:24

The next year, the company signed an exclusive license agreement with GlaxoSmithKline for miglastat; GSK paid $60 million in upfront and equity payments while promising up to $170 million to help develop their products, GSK terminated the arrangement in 2013.

...with Amicus Therapeutics and 1000s of other companies paying $100K+

Amicus Therapeutics Job Search in US and Canada

America falls way short, adds fewer jobs than expected in April
Kyle Schnitzer
Everything you need to know about becoming a dermatologist
Ashley Jones
These US cities will pay up to $20,000 for you to relocate—but there’s always a catch
Benjamin Lorber
Ladders / Company / Amicus Therapeutics