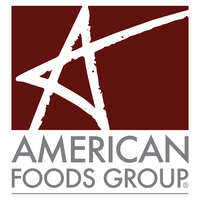 What are the highest paying jobs at American Foods Group LLC?

American Seafoods Company is one of the largest seafood companies in North America and one of the largest harvesters of fish in the world. Based in Seattle, Washington, ASC owns and operates six large catcher-processor vessels that harvest and process on board fish caught in the U.S. waters of Alaska and the Pacific Northwest. The company is well known for its products made from Alaska pollock, Pacific hake, Yellowfin sole, and Pacific cod. These products are sold throughout North & South America, Asia and Europe. American Seafoods Company is the largest harvester in the U.S. Bering Sea Alaska Pollock fishery with approximately 45% of the catcher-processor market share.

American Foods Group LLC Job Search in US and Canada

6 jobs that prepare you for side hustle success
Kyle Young
This is what work will look like in 2030, and it isn’t pretty
Kyle Schnitzer
The 7 highest-paying entry-level jobs
Hailey Hudson
Ladders / Company / American Foods Group LLC