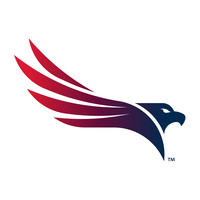 What are the highest paying jobs at Americaneagle.com?

American Eagle Outfitters, Inc., also known as American Eagle, is an American lifestyle, clothing, and accessories retailer headquartered at SouthSide Works in Pittsburgh, Pennsylvania. It was founded in 1977 by brothers Jerry and Mark Silverman as a subsidiary of Retail Ventures, Inc., a company that also owned and operated Silverman's Menswear. The Silvermans sold their ownership interests in 1991 to Jacob Price of Knoxville, Tennessee. American Eagle Outfitters is also the parent company of Aerie.

Some of the brand's popular products are jeans, polo shirts, graphic T-shirts, boxers, outerwear, and swimwear.

Americaneagle.com Job Search in US and Canada

Top Jobs at Americaneagle.com by City

Get paid to dream at work: This company will pay you to nap
Sara London
The average salary of a Chipotle general manager is $100K — and they’re hiring
Kyle Schnitzer
Amazon is now hiring 75K workers — and offering some $1K bonuses
Kyle Schnitzer
Ladders / Company / Americaneagle.com