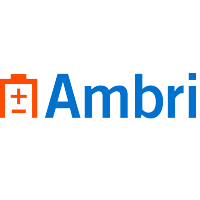 What are the highest paying jobs at Ambri, Inc?

Ambri, Inc. is an American startup company which aims to produce molten-salt batteries for energy storage in wind and solar power systems. In 2016 it had thirty-seven employees.

The Liquid Metal Battery Corporation was formed in 2010 to commercialize the liquid-metal battery technology invented by Donald Sadoway at the Massachusetts Institute of Technology. It was renamed Ambri in 2012. In 2012 and 2014, it received $40 million in funding from Bill Gates, Khosla Ventures, Total S.A., and GVB.

In September 2015 the company deferred plans for commercial sales of its batteries, and laid off a quarter of its workforce. In 2016 it hoped to develop a calcium-antimony battery.

In 2020, Ambri signed a contract with TerraScale to deliver a 250 MWh energy storage installation for a data center to be built in Churchill County, Nevada near Fernley.

In 2021, Reliance Industries announced that one of its subsidiaries would invest $144 million in Ambri. Reliance is also in talks with Ambri to set up manufacturing and distribution facility in India.

Ambri, Inc Job Search in US and Canada

These are the 15 highest-paying psychology jobs
Hailey Hudson
6 jobs that prepare you for side hustle success
Kyle Young
This is what work will look like in 2030, and it isn’t pretty
Kyle Schnitzer
Ladders / Company / Ambri, Inc