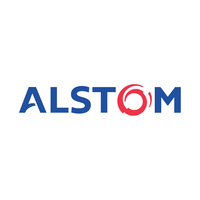 What are the highest paying jobs at Alstom Power Inc?

Alstom SA is a French multinational rolling stock manufacturer operating worldwide in rail transport markets, active in the fields of passenger transportation, signalling, and locomotives, with products including the AGV, TGV, Eurostar, Avelia and New Pendolino high-speed trains, in addition to suburban, regional and metro trains, and Citadis trams.

A merger with parts of the General Electric Company formed GEC Alsthom in 1989. Throughout the 1990s, the company expanded its holdings in the rail sector, via the acquisition of German rolling stock manufacturer Linke-Hofmann-Busch and Italian rail signalling specialist Sasib Railways. In 1998, GEC Alsthom was floated on the Paris Stock Exchange and, later that year, it was rebranded Alstom.

In 2004, Alstom was in financial difficulties, having incurred massive unexpected costs arising from a design flaw inherited from the acquisition of ABB Group's turbine business, in addition to losses in other business sectors. In 2003, the company had required a €3.2 billion state-backed bailout from the French government. As a result, Alstom was compelled to dispose of several of its divisions, including shipbuilding and electrical transmission to Nikhanj Power, in order to comply with European Union rules on state aid. It was able to re-acquire its electric transmission division in 2010. The firm also became heavily involved in offshore wind farms via its subsidiary company Alstom Wind.

Alstom Power Inc Job Search in US and Canada