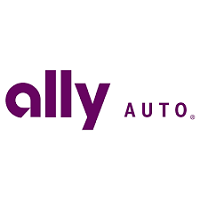 What are the highest paying jobs at Ally Financial?

Ally is one of the largest car finance companies in the U.S., providing car financing and leasing for 4.5 million customers and originating 1.4 million car loans annually. It is on the list of largest banks in the United States by assets and has 2.0 million depositors. Its electronic trading platform has approximately 350,000 funded accounts. Via its SmartAuction online marketplace for auto auctions, launched in 2000, the company has sold more than 5 million vehicles, including 270,000 vehicles sold in 2019.

The company was known as GMAC, an acronym for General Motors Acceptance Corporation, until 2010.

Ally Financial Job Search in US and Canada

Get paid to dream at work: This company will pay you to nap
Sara London
The average salary of a Chipotle general manager is $100K — and they’re hiring
Kyle Schnitzer
Amazon is now hiring 75K workers — and offering some $1K bonuses
Kyle Schnitzer
Ladders / Company / Ally Financial