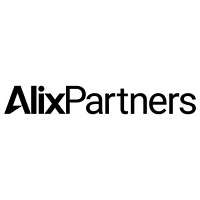 What are the highest paying jobs at AlixPartners, LLP?

AlixPartners sometimes referred to as Alix Partners is an American consulting firm best known for its work in the turnaround space. Jay Alix founded what became AlixPartners LLP in 1981. The firm has advised on some of the largest Chapter 11 reorganizations including General Motors Co., Kmart, and Enron Corp. The firm has since moved into a more traditional consulting space, grown to a staff of over 1000. AlixPartners is headquartered in New York, and has offices in more than 20 cities around the world.

America falls way short, adds fewer jobs than expected in April
Kyle Schnitzer
Everything you need to know about becoming a dermatologist
Ashley Jones
These US cities will pay up to $20,000 for you to relocate—but there’s always a catch
Benjamin Lorber
Ladders / Company / AlixPartners, LLP