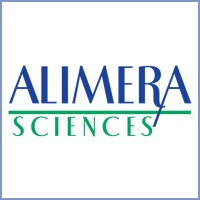 What are the highest paying jobs at Alimera Sciences?

Alimera Sciences, Inc. is a biopharmaceutical company based in Alpharetta, Georgia that specializes in the commercialization and development of prescription ophthalmic pharmaceuticals. The company's main focus is on diseases affecting the back of the eye, or retina. Its main product is ILUVIEN, an fluocinolone acetonide intravitreal implant.

Alimera was founded in June 2003 by Dan Myers, Daniel White, Dave Holland and Mark Testerman. Three of the founders were previously part of Ciba Vision Ophthalmics, which was renamed Novartis Ophthalmics following a merger.

In 2004, Alimera Sciences introduced Soothe Emollient Eye Drops for people with dry eyes. Soothe was the first lubricant eye drop to feature Restoryl, a lipid restorative that works to re-establish the lipid layer of tears, promoting sustained moisture retention. Soothe was a mineral oil in water emulsion developed by Chris Brancewicz for Ocular Research of Boston during 1996-2001. Soothe was sold to Bausch & Lomb in August 2007.

In 2006, Alimera Sciences developed and submitted for U.S. Food and Drug Administration approval an application for a prescription to over-the-counter drug switch of 0.025% ketotifen fumarate, for the temporary relief of ocular itch. This product, Alaway, was approved by the FDA in December 2006 and was sold along with a potential future line extension to Bausch & Lomb, which began marketing Alaway in Spring 2007.

Alimera Sciences Job Search in US and Canada

Do personality tests make it harder to hire the right person?
Sara London
19 examples of STAR interview questions (plus how to answer them using STAR method)
Jennifer Fabiano
Is this the worst job interview question? The internet seems to think so.
CW Headley
Ladders / Company / Alimera Sciences