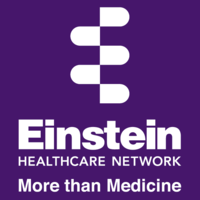 What are the highest paying jobs at Albert Einstein Healthcare Network?

The Einstein Medical Center is an Academic Medical Center in the Philadelphia, Pennsylvania area of the United States. Einstein is a part of the Einstein Healthcare Network. The medical center offers residency and fellowship training programs in many specialized areas. It also includes a Level I Regional Resource Trauma Center and a Level III Neonatal Intensive Care Unit. Founded as the Jewish Hospital for the Aged, Infirmed and Destitute in August, 1864, this hospital was an important institution in the history of the Jews in Philadelphia, providing care for "the suffering poor of all religions". It officially opened in 1866, starting with 22 beds (the linens donated by philanthropist Moses Rosenbach) at 56th and Haverford Road in West Philadelphia. The hospital soon expanded, moving to Old York Road in 1873, and opening various homes and clinics. In 1952, the Jewish hospital merged with Northern Liberties Hospital and Mount Sinai Hospital to form a single medical center. It was named for Albert Einstein after the volunteer president of Mount Sinai wrote a letter asking Einstein for permission to use his name. Einstein granted his permission on June 28 of that year. The Henry S. Frank Memorial Synagogue, on the hospital grounds, is listed on the National Register of Historic Places. It is a copy of the ancient synagogue at Kfar Bar'am, Israel.

Albert Einstein Healthcare Network Job Search in US and Canada

Should you include your GPA on your resume? This is what the experts say
Steve Adcock
Millennials, trying to find a job? Here are 5 things employers look for
Nicolas Cole
10 tips for job searching during the pandemic from a survivor of the 2008 recession
Jennifer Fabiano