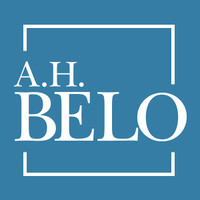 What are the highest paying jobs at A. H. Belo?

A. H. Belo Corporation /?bi?lo?/ is a Dallas-based media company that owns newspapers in North Texas. The current corporation was formed when Belo Corporation separated its broadcasting and publishing operations into two corporations. A. H. Belo also owns a part interest in Classified Ventures. The CEO of the company is James Moroney III and the company had its headquarters in the Belo Building in Downtown Dallas. In 2016, the company announced that it is planning to leave the Belo Building for The Statler Library, also located downtown. As of 2018, the company website lists 1954 Commerce Street in Dallas as their headquarters address.

The company was organized as a fully owned subsidiary of Belo Corporation on October 1, 2007, then taken public by issuing the new stock to Belo shareholders and starting trade on February 8, 2008. The split was structured so that Belo Corporation was the legal successor of the original company. While technically this corporate entity was formed in 2008, the organization traces its roots and history back to 1842. The Belo Corporation used the A. H. Belo name from 1926 to 2002 when it was shortened to simply Belo. With the split, the old name, which honors Alfred Horatio Belo, founder of the Dallas Morning News, was revived.

Top Experts at A. H. Belo

High-Paying Jobs at A. H. Belo

A. H. Belo Job Search in US and Canada

Top Jobs at A. H. Belo by City

Have you been the victim of 1 of these 7 cases of wrongful termination?
AnnaMarie Houlis
The job market is looking shockingly good for the Class of 2021
CW Headley
These are the 50 best companies in the world to work for right now
Kyle Schnitzer
Ladders / Company / A. H. Belo