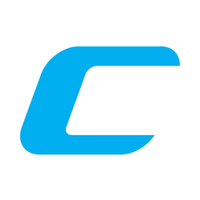 What are the highest paying jobs at Cobham?

Cobham Limited is a British aerospace manufacturing company based in Wimborne Minster, England.

Cobham was originally founded by Sir Alan Cobham as Flight Refuelling Limited in 1934. During 1939, British airline Imperial Airways performed several non-stop crossings of the Atlantic using equipment provided by FRL. During the late 1940s, the company's aerial refuelling equipment broke new ground, including a round-the-world flight by specially-equipped Boeing B-50 Superfortresses in 1948 and the demonstration of the now-widely used 'probe and drogue' method of air-to-air refuelling for the first time in 1949. A wide range of aircraft have since been equipped with Cobham's refuelling equipment.

The company has grown and diversified into various markets, often through acquisitions. Michael Cobham, Alan's son, took over its leadership during 1969. During 1994, the firm was formally renamed Cobham plc; by this point, the company had in excess of 10,000 employees and had operations present in North America, Europe, Malaysia and South Africa. In January 2020, the company was acquired by American private equity firm Advent International for £4 billion.

Cobham Job Search in US and Canada

Top Jobs at Cobham by City