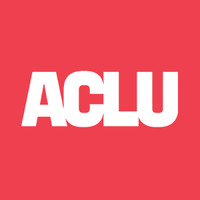 What are the highest paying jobs at ACLU?

The American Civil Liberties Union is a nonprofit organization founded in 1920 "to defend and preserve the individual rights and liberties guaranteed to every person in this country by the Constitution and laws of the United States". Officially nonpartisan, the organization has been supported and criticized by liberal and conservative organizations alike. The ACLU works through litigation and lobbying and it has over 1,200,000 members and an annual budget of over $300 million. Local affiliates of the ACLU are active in all 50 states, the District of Columbia, and Puerto Rico. The ACLU provides legal assistance in cases when it considers civil liberties to be at risk. Legal support from the ACLU can take the form of direct legal representation or preparation of amicus curiae briefs expressing legal arguments when another law firm is already providing representation.

In addition to representing persons and organizations in lawsuits, the ACLU lobbies for policy positions that have been established by its board of directors. Current positions of the ACLU include opposing the death penalty; supporting same-sex marriage and the right of LGBT people to adopt; supporting reproductive rights such as birth control and abortion rights; eliminating discrimination against women, minorities, and LGBT people; decarceration in the United States; supporting the rights of prisoners and opposing torture; and upholding the separation of church and state by opposing government preference for religion over non-religion or for particular faiths over others.

ACLU Job Search in US and Canada

Top Jobs at ACLU by City